Understanding the approach of Canada towards online disinformation: confronting, blocking, naturalising or ignoring? 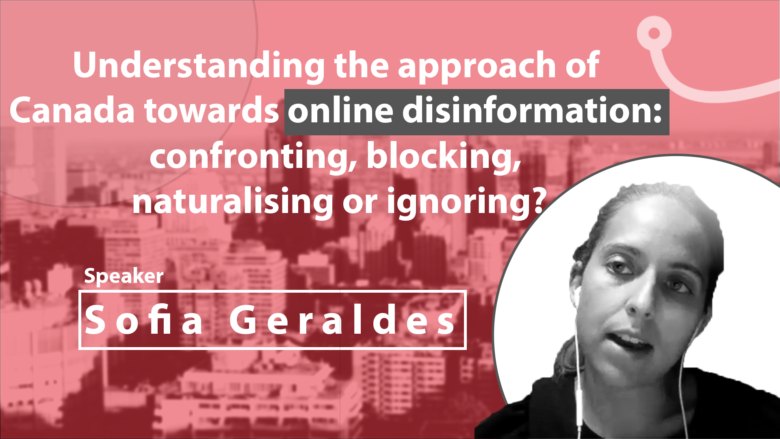 Presented by Sofia Geraldes as a part of the 2020 Serene-risc Workshop on The State of Canadian Cybersecurity Conference: Human-Centric Cybersecurity.

Traditional conceptualisations of cyberspace include the physical, the logical and the social layer. Hence, cybersecurity means that the security of the systems and the networks depend on the security of these three layers. However, cybersecurity policies have been focused on the security of the logical and the physical layer, and neglected the protection of the social layer. Yet, in addition to traditional forms of cyber-attacks, there have been emerging attempts to shape the political future of other states, namely through the dissemination of disinformation campaigns on social media. Thus, there is an urgent need to assess the dynamics underlying online disinformation and its implications, in order to “patch social layer vulnerabilities” and promote a secure cyberspace. Therefore, this article analyses, through the methodology of discursive analysis and based on the four ideal-type model proposed by Hellman & Wagnsson (2017) – confronting, blocking, naturalising and ignoring –, the response of Canada towards online disinformation.

Sofia Martins Geraldes is currently a PhD candidate in History, Studies of Security and Defense, at ISCTE-IUL in a partnership with the Military Academy, and she holds a PhD scholarship from FCT. Her PhD thesis is about the impact of external online disinformation, disseminated through social media, on the security governance of the EU and NATO. She worked in the External Affairs Department of OGMA-Aeronautical Industry of Portugal as Political Analyst. She was the Founder and Coordinator of EuroDefense-Jovem at the EuroDefense-Portugal Association. She was trainee at the National Defence Institute, and, in 2014, she collaborated in the planning and coordination of the Second Module of High Level Course, in Lisbon, within the framework of the European Security and Defence College. Furthermore, she was involved, as project manager, in some research projects, namely MAPLE (at ICS-University of Lisbon), funded by the European Research Council. She holds a BA in Political Science and International Relations and a MA in International Relations from the University of Beira Interior. Her main research interests are: International Relations Theory, Security Studies, Influence Operations, Online disinformation, Cyberspace and Contemporary Conflict, European Union and NATO.