Vinay Kaura provides some insight into the impact of the Internet on insurgency in the region of Kashmir.  This region has famously been in conflict for more than half a century and has crossed over into the digital realm.  The problems are deeply complex and the informatization of the region has created additional layers with social media being leveraged to instrumentalist dissent and externally sourced extremist messaging being used for radicalization.   Insurgent groups in the reason have also made use of the internet for communications; including using a private encrypted VoIP system to communicate.

The authorities have also made use of the Internet. For Example, they have been shutting down offensive and subversive Facebook pages resulting in an ongoing game of whack-a-mole as the pages are then reinstated before being blocked again, and so on.

The complex and international nature of conflict in the region has seen Intelligence organisations using more controversial tools such as mobile spyware to gather information on border security and police operations.

There are some interesting insights into the effects of particular actions on the part of authorities in dealing with extremists and violent protests online:

In 2016 the Indian government shut down all internet and mobile communications during protests.  This had the effect of depriving security agencies with a vital tool for information gathering and investigation, potentially reducing the effectiveness of such agencies in countering local insurgents.  Cyber investigations can provide intelligence agencies with enhance information about jihadi networks providing information from social network structure to whereabouts that might otherwise be time-consuming to learn.

The ability of the government to push forward in areas such as electronic finance is severely hampered by cutting off the internet.  This could have the effect of reducing the effectiveness of government efforts to move to a cashless society. Further, the threat of economically paralysing an entire region does little to engender goodwill within the population, or stimulate the development of or investment in an area. 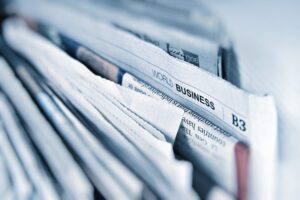